Professional athletes measure their performance all the time. As Peter Drucker–the man who invented modern business management–famously said, “If you can’t measure it, you can’t improve it.” Even though professional athletes are not considered to be in business, they do just that.  They measure their performance during each game, during each season, and during their career.

Nonprofits also do this using two primary financial statements–the Statement of Activities and the Statement of Financial Position (SOFP). The Statement of Activities is like an athlete’s seasonal stats—they’re tracked throughout the current season ( a fiscal year for a nonprofit) and then they’re zeroed out so the athlete can start fresh in the new season. Even though last season’s stats are zeroed out, they don’t go away. They are added to and become a part of the player’s lifetime stats or, in the case of a nonprofit, they become a part of the SOFP.

The SOFP is like an autobiography and is more commonly known as the Balance Sheet when referring to for-profit organizations. The numbers on it tell the story of the organization since its inception. It follows the rules of high school physics, “For every action, there is an equal and opposite reaction” and that is visibly apparent on the SOFP. It follows an equation:  Assets = Liabilities + Net Assets.

In the nonprofit world, the Equity in the home buying example above is called Net Assets. It is important to have a deeper understanding of the Net Assets portion of the SOFP. Net assets are appropriately named as that is what they truly are. They are the assets of the nonprofit net of any liabilities.

Users of the SOFP will be keenly aware of the net asset section and, particularly, net assets without donor restrictions. These are the funds that can be spent on the operations of the organization and they help to determine liquidity. They are not only comprised of unrestricted donations, but they also include any “surplus” or “losses” incurred by the nonprofit when subtracting expenses from revenue.

Permanently restricted donations occur when a donor contributes funds with the specification that the principal never be touched. The idea is for these funds to be invested and to provide earnings from the principal that the nonprofit may use each year.

Whether funds are without donor restrictions or with donor restrictions is entirely up to the donor; therefore, it is critical for the nonprofit to categorize and track restricted donations appropriately. A standardized gift letter can help with that. Often sizeable donations are obtained by the President, Executive Director, or the Fundraising Department.  As such, it is imperative they have strong communication with the accounting team to ensure that donations are recorded correctly.

Lenders, creditors, grantors and donors all focus on the SOFP because, among other things, it tells the tale of liquidity. In its most simplistic form, liquidity measures the ability to pay the operational bills. It considers all assets that will most likely be converted to cash in the next 12 months (unrestricted cash, accounts receivable, inventory, notes receivable payments coming due) and subtracts from that any liabilities that will have to be paid in the next 12 months (accounts payable, accrued expenses, debt payments coming due).  A positive difference is healthy–it indicates the bills can be paid. A negative difference is alarming–it indicates that paying the bills may be difficult or impossible.

The SOFP is a barometer of good or bad financial stewardship and that’s what interests donors, grantors, lenders and creditors. A comparative SOFP presenting two or three years of history alongside the current fiscal year will demonstrate financial trends that may require additional analysis.

Accounting is so much more than a necessary evil (as it is thought to be). It truly tells the fiscal story of the nonprofit and it allows performance to be measured so it can be improved. 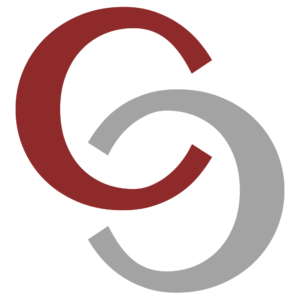 With over 15 years years working exclusively with nonprofits, we pride ourselves in having a unique understanding of non profit accounting needs. We believe that nonprofits deserve personalized, quality service and should not settle for a one-size-fits-all approach. We collaborate with you to provide a fully virtual, customized, solution that is not only cost-effective but also strengthens your accounting function. We offer a team of industry experts at your disposal to provide advice, leading technology, and to supplement existing staff to improve efficiency and compliance.